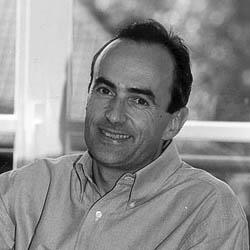 In 1978 he obtained his doctorate in medicine, surgery and obstetrics at the former State University of Ghent.

Specialized in orthopedic surgery in Ghent and obtained his recognition in 1983.

Afterwards he obtained an additional title in 1984 as a doctor in biomedical sciences at the University of Groningen.

From 1983 to 1990 he was permanently a staff member in the Department of Orthopedics and Traumatology at the University Hospital of Ghent.

In that period he also worked as a sports physician for the Royal Belgian Football Association and he was appointed head physician of the A-team in 1994. Until 2010, Dr. Marc Goossens accompanied all matches of the Red Devils at home and abroad.

Since 1990, Dr. Marc Goossens works at AZ Maria-Middelares clinic in Ghent. His activity is mainly focused on prosthetic surgery of the hip and knee joint as well as hand surgery.

In addition to his passion for football, Dr. Marc Goossens also has a very good reputation as a cyclist.